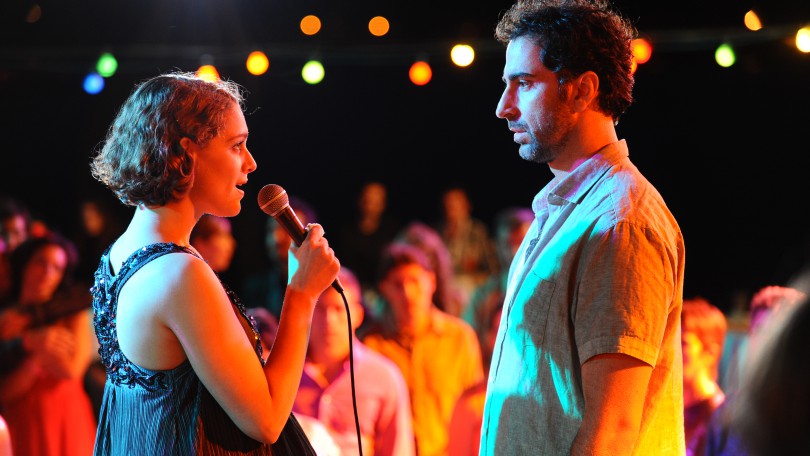 The loveably macho Grebo (Ermin Bravo) always has to be the center of attention. Along with his very pregnant French wife, Liliane (Ariane Labed, also starring in Fidelio, l’odyssée d’Alice), the Speedo-sporting Bosnian is on a summer vacation for fun in the sun at a packed, all-inclusive Adriatic seaside family resort: that’s right, Love Island. At an open-mike night Grebo seduces the resort crowd with a balls-to-the-wall performance of the Scorpions’ classic hard-rock power anthem Wind of Change – which, in the film’s best running joke, will earn him the much-deserved and repeated nickname “Window Change.” (It never gets tired.) Grebo so reminds Liliane of the young Sarajevo rocker she fell in love with, but the “glory night’s” big surprise, one that will throw all of their lives into disarray, is the young couple’s meeting with the alluring Flora (Ada Condeescu), scuba instructor by day, song-and-dance entertainer by night. Grebo immediately falls head over heels, but little does he know that his wife has her own history with Flora, and, on Love Island, long-concealed secrets can’t stay hidden for long.